Best of the Week: A Definitive guide to Europe's best Winter City Hotels

23 November 2018
Any nine-to-fiver knows that there’s no better feeling than booking your Christmas holiday. Particularly in winter time, when the humdrum of gray skies, slippery tube stations, and the inevitable barrage of christmas boozers tend to weigh heavily on our desire for escape.
A change of scenery is always welcome, and while London will always hold the key to our hearts — a little ‘less ordinary’ winter break couldn’t come at a better time. Because while some cities come alive in the summertime, there are those that become truly magical in winter. So whether you are hitting up the romantic alleyways of Amsterdam, the Christmas markets of Berlin, the stylish brasseries of Paris, or the creative scene of Copenhagen; we’ve got all of your less ordinary spots covered. Here’s a few of our favourite hotels in Europe’s most beautiful winter cities.
Hotel Sanders, Copenhagen 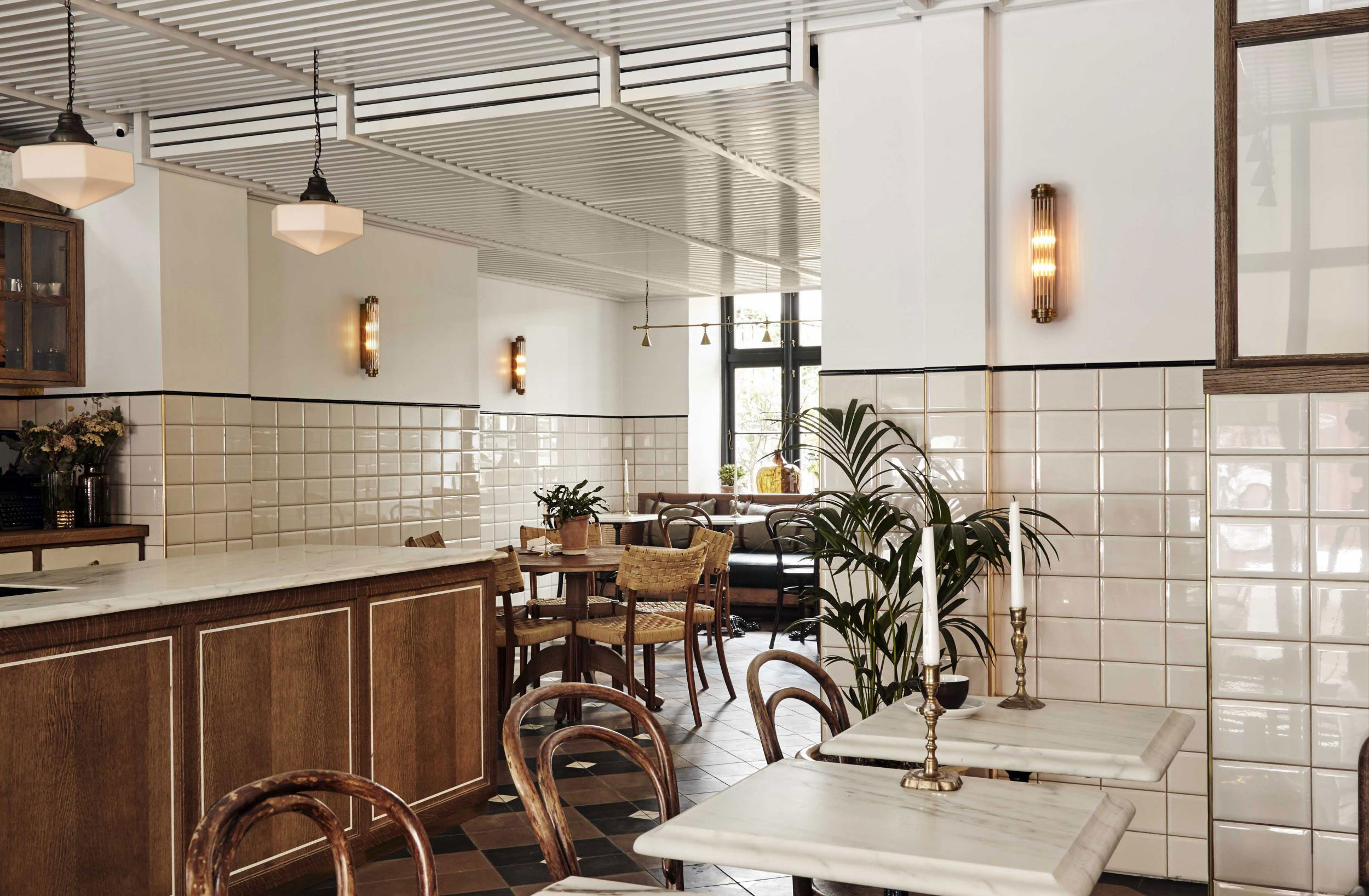 Copenhagen is undeniably one of Europe’s most creative cities, and the Hotel Sanders is the proverbial cream of the crop on top of it's bustling hotel scene. Located behind the Royal Danish theatre, the hotel’s location is a reflection of the story of its legendary owner, Alexander Kølpin. Kølpin was the principal dancer with the Royal Danish ballet, and his own unique taste can be felt throughout all of the hotel’s beautiful spaces. Inside, Hotel Sanders  is a blend of polished eclecticism, mid-century modern furnishings, impeccable amenities, and striking vintage art. Each of the 54 rooms are decorated in a colonial-chic style  and painted in a flurry of earthy shades that remind you of a warm but sophisticated home. No wonder it looks so damn good.
Morgan and Mees, Amsterdam 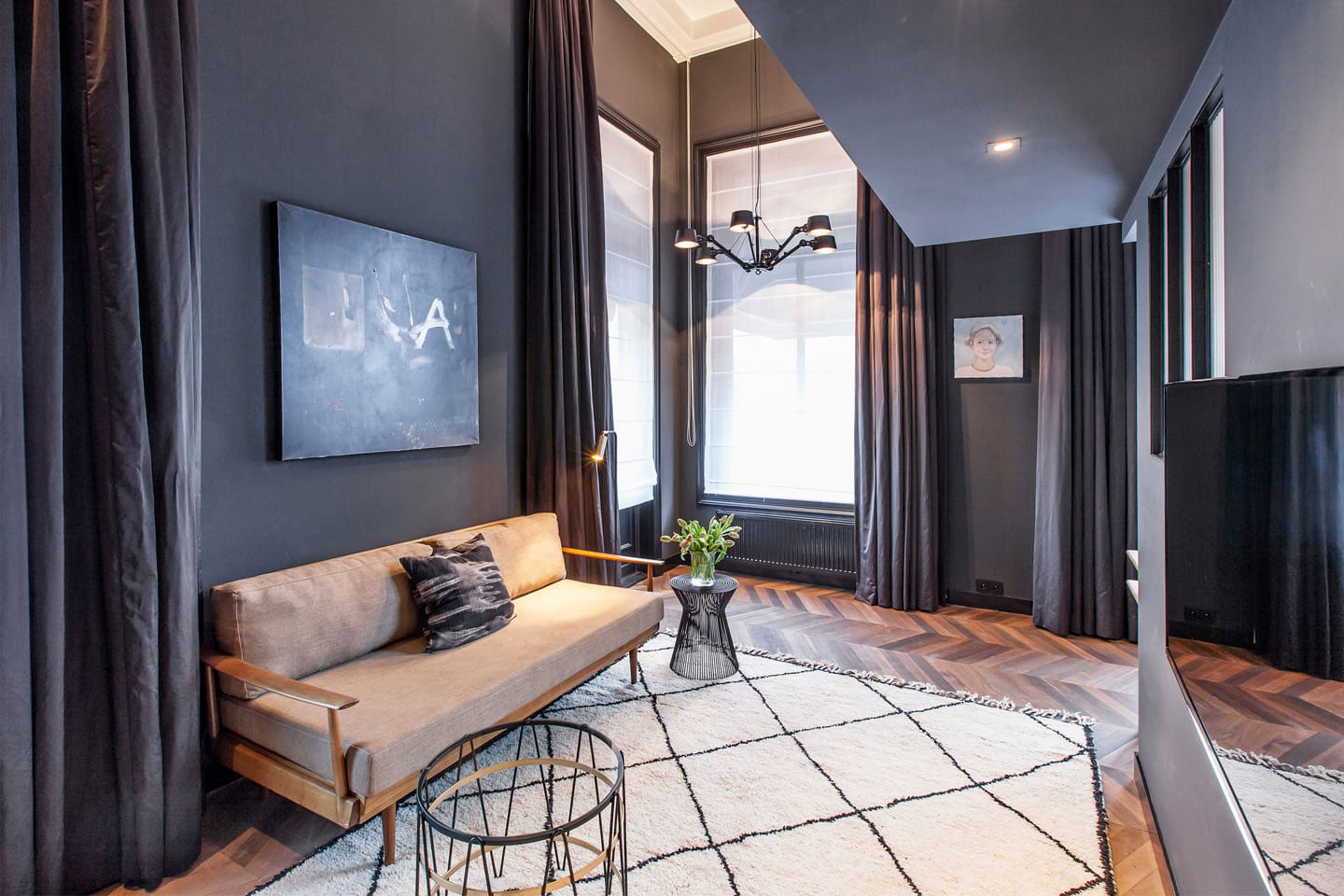 How do you create a space that caters to both locals and visitors alike? Hotelier Myrthe Slotemaker’s answer is Morgan and Mees; a hotel that captures the unique duality of the Dutch Capital. Occupying a converted orphanage, the hotel was inspired by the story of a chance meeting between international traveller (Morgan) and local (Mees). A funny imagined narrative thread that connects all of the hotel’s distinctive spaces. Speaking of, Morgan and Mees has individually decorated rooms, some of which with gratuitous split-level living spaces, rainforest showers, and a hefty dose of contemporary Danish architecture. Achieving a look that inspires escapism while also having the warm familiarity of home is no easy feat. So we highly recommend Morgan and Mees as your  next home away from home in Amsterdam-West.
Sir Savigny, Berlin 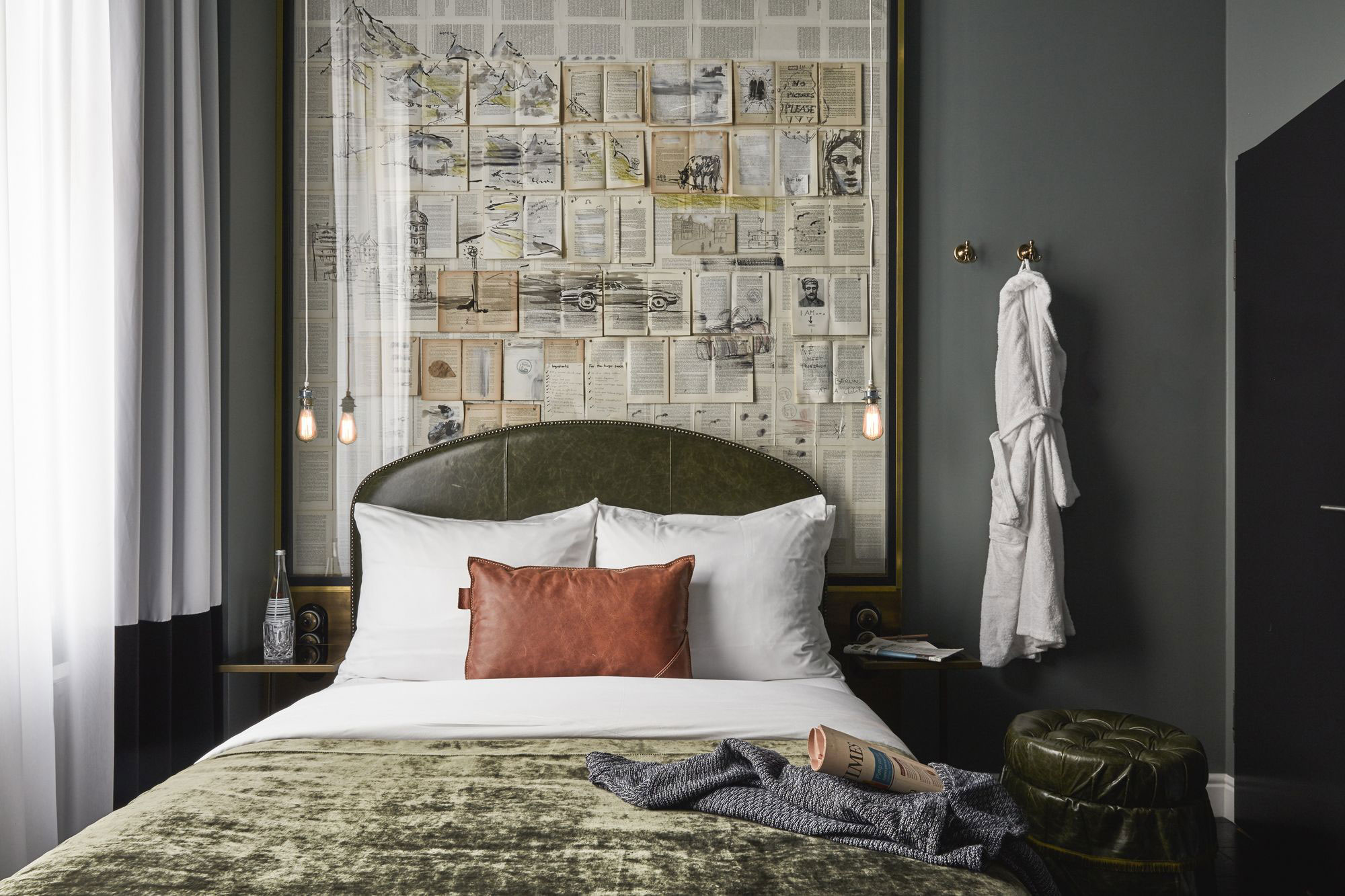 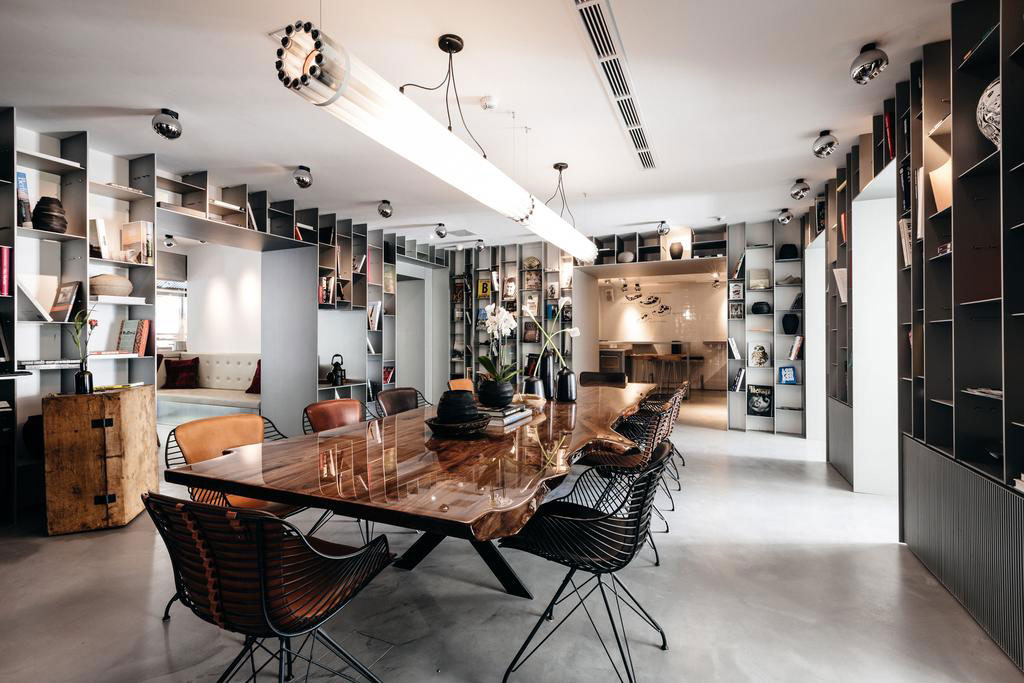 Moving away from Amsterdam and into Berlin, the Sir Savigny Hotel is the first international hotel by Amsterdam based hospitality group EHPC - and it does not disappoint. The first of a series of ‘Sir’ hotels, Sir Savigny is named after a fictional Sir of the same name. (or more likely, the Savignyplatz which is literally around the corner) Enter through the book-filled lobby, designed by Baranowitz + Kronenberg, and filled with a consciously arty selection of books and artwork. Spot the woman in the ceiling by German Street Artist DOME, or the shredded bookish illustrations by Katharina Musick. The esoterically designed bedrooms all have a very self-aware kind of suave; from the plus velvet curtains, full-bodied leathers, and emerald green accents. They say confidence is key, and this, Sir Savigny has in spades.
Le Pigalle, Paris 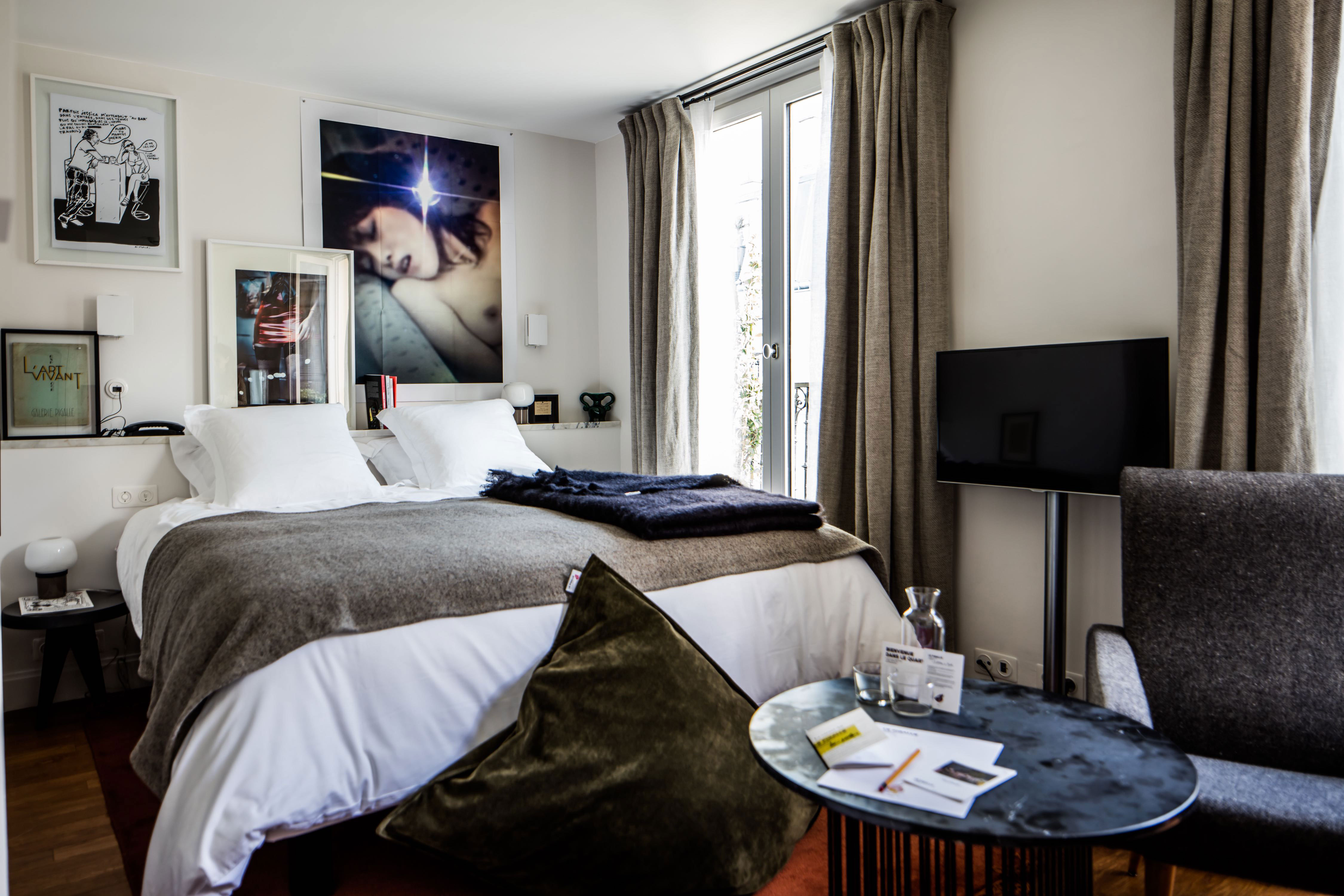 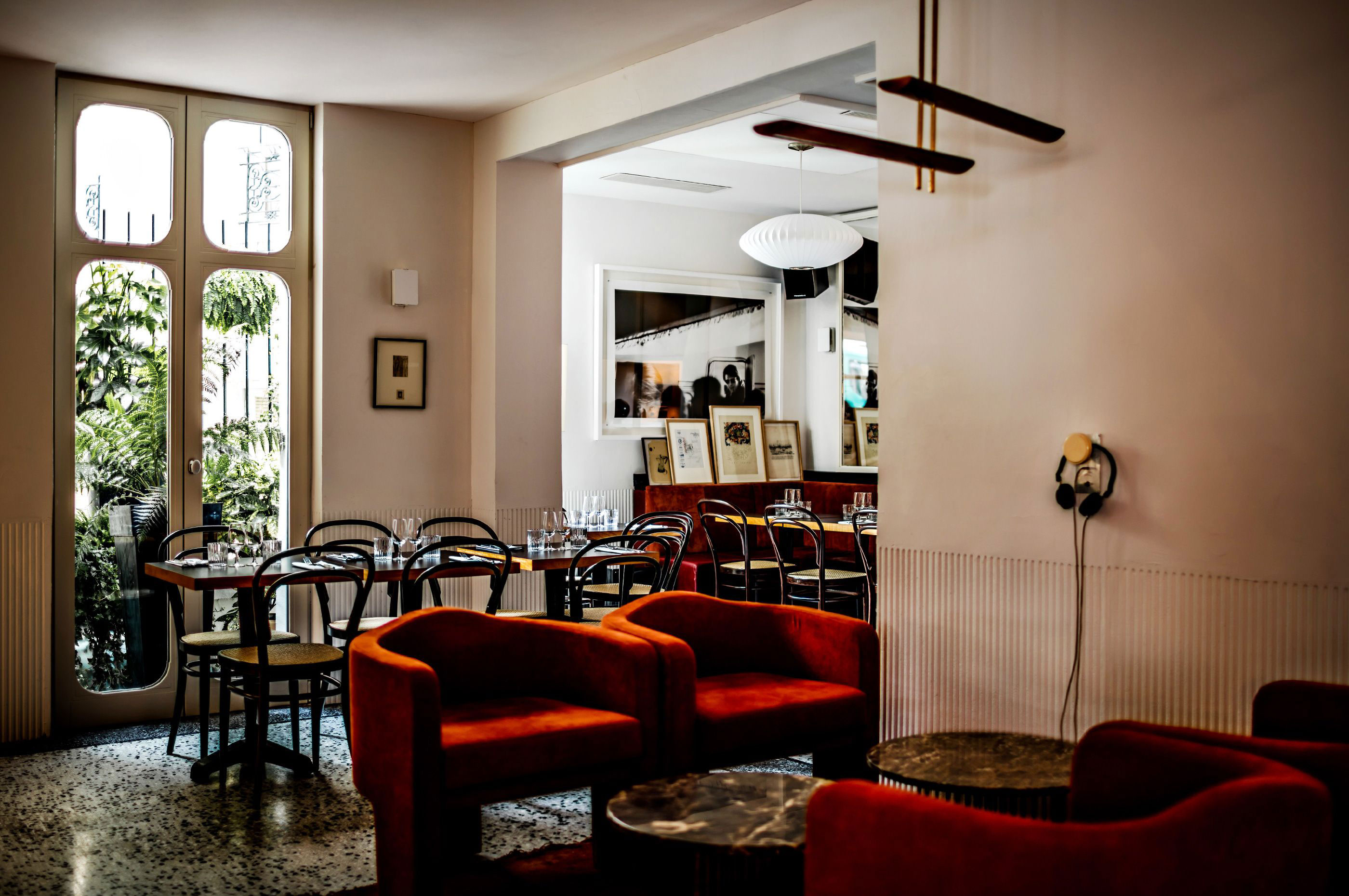 Images by Le Pigalle Paris
Back in the tawdry days of the Belle Epoque, Pigalle was to Paris, as the red light district is to Amsterdam. A hotbed for seedy under the table dealings, glamorous can-can girls, and questionable adult entertainment. While the neighbourhood’s reputation has definitely changed over the years, Le Pigalle embraces the debauchery that made the Moulin Rouge an international sensation. The hotel exudes an achingly cool vibe that reflects the frenetic energy and history of Montmartre itself. The croissants are sourced from a local bakery, the books by a local bookstore, and the music by a local DJ - you can’t get any more Parisian than this. And heck — for a weekend break in Paris, why go anywhere else?
~
Words by Hannah Tan-Gillies

RECOMMENDED PLACES FROM THIS ARTICLE

END_OF_DOCUMENT_TOKEN_TO_BE_REPLACED

TO DISCOVER APLO PLACES & EXPERIENCES, JOIN FOR FREE BELOW TO BECOME A MEMBER

To discover Less Ordinary places and experiences on mobile applications, first you will need to agree to the Terms & Conditions of use before downloading the app. Please read and accept below.

WHAT ARE YOUR BIGGEST CREATIVE PASSIONS?

ADD YOUR PROFILE PHOTO Put a face to your name! We’ll add this to your profile, and share it with future hosts and guests

I’ll do this later

Where do you live? So we can help personalise future recommendations near you

Where do you live? So we can help personalise future recommendations near you

RECOMMEND A PLACE Tell us A Place Less Ordinary to sleep, eat or drink that you love. In London or any other city.

add another place
skip this step

Discover extraordinary places to sleep, eat, drink and experience. When in your hometown and away traveling.

We've just sent you an email, please click the link to verify (be sure to check your Junk if the email hasn’t arrived)